Jonathan Carroll Director & Head of Property talks about the importance of Partnership Agreements.

So your accountant and your bank keep telling you that you ought to get a written partnership agreement. Just money for lawyers, right? Well, some, but the potential costs to you are huge if you don’t. The law governing unwritten partnerships is from 1890, and pretty harsh:

· Any partner can terminate the business, practically overnight, and require every asset to be sold – a partnership agreement prevents that

· Death of any partner automatically ends the partnership –many banks will simply freeze your accounts, which may cause the business to collapse there and then, or at least force you to renegotiate your loans quickly

· There can be arguments over what is partnership property, such as the farm itself – a divorcing partner may find their spouse making a claim on the farm, for example, just because it appears on the partnership accounts

· Profits are divided equally, as are losses – that often isn’t the way the family wants it

· Partners can sign huge contracts that bind all of the others, without asking them – a good agreement will limit that risk

· Retiring partners should usually be paid out over a period, to allow the business to continue – without an agreement, that simply won’t happen. They can retire and demand their share immediately

· Partners can become mentally or physically incapable, especially as they age – you need mechanisms to deal with that, or the business might end up stuck in limbo or having to go to court to approve sensible changes

· Partners who misbehave are hard to remove – you need to make clear their duties and the ability to remove them, just in case

· The legal costs of a dispute between partners down the line can be enormous – tens of thousands of pounds. A few hundred pounds spent on accountancy and legal advice now can be the difference between a small bill later and catastrophe. As much as anything, it’s insurance against the day that dispute occurs

So long as everyone is alive, well and getting on, a Partnership Agreement isn’t the end of the world. The day that changes, the absence of an Agreement can be the end of your business and the start of huge family litigation.

Divorce and disputes are a common feature of life in farming families; death and diseases, even more so, sadly. Some such things cannot be avoided, and others may well happen – putting the business on a good footing in case they do is just common sense.

If you would like more information about the issues raised in this article please call Jonathan on 01228 514077. 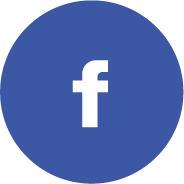