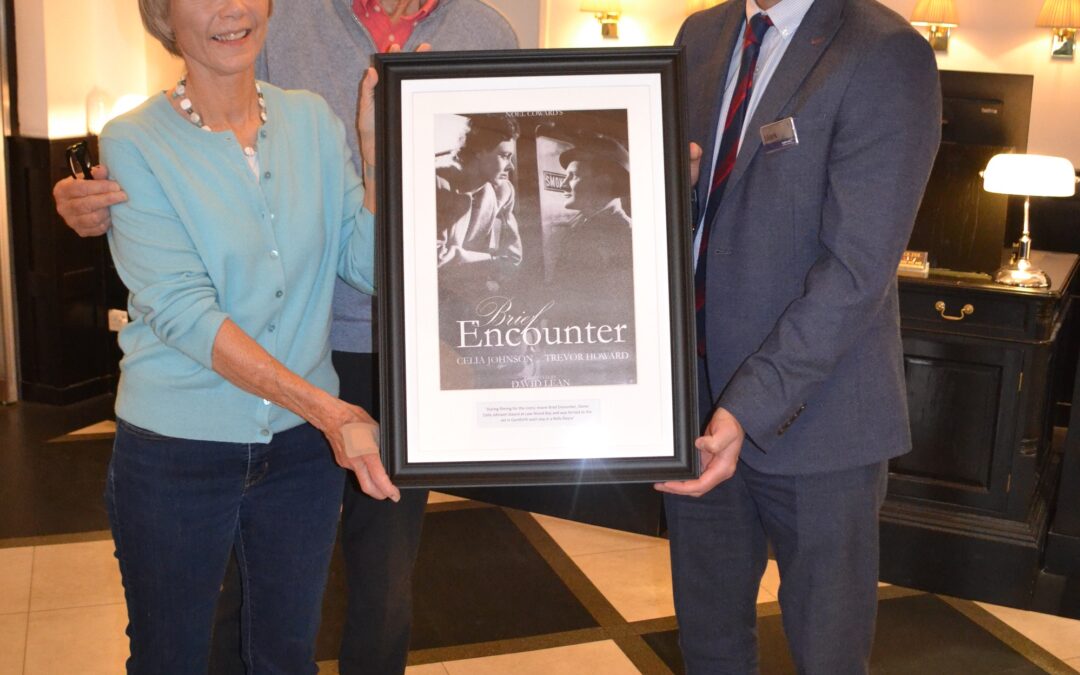 A Lake District hotel is celebrating its connections to an iconic movie from the 1940s by playing host to the daughter of one of its stars who stayed at the venue over 75 years ago.

Dame Celia Johnson was resident at Low Wood Bay Resort & Spa during the filming of Brief Encounter in 1945.  Now her daughter Lucy Fleming has followed in her footsteps with the hotel as a staging post for her play focusing on the wartime letters exchanged between her parents.

‘Posting Letters to the Moon’ is playing at The Theatre by the Lake in Keswick, with readings of touching and amusing letters from Celia to her husband Peter Fleming telling of her experiences during the war.

To mark the occasion, a framed and inscribed copy of a Brief Encounter movie poster was presented to Lucy and her husband Simon Williams, with the picture to be mounted in the hotel as a permanent reminder of her mother’s stay there.

Lucy Fleming says: “It’s been lovely for Low Wood Bay to be involved in our plans to bring our production, ‘Posting Letters to the Moon’, to Cumbria, and to explore the venue’s connections with Brief Encounter.

“My mother, Celia Johnson, very much enjoyed staying at the hotel during the filming of the movie and travelling to Carnforth each day in a Rolls Royce, so it’s a joy to follow in her footsteps.”

Posting Letters to the Moon provides a romantic, funny and touching portrait of life during the early 1940s in letters between the Oscar-nominated actress and her explorer and writer husband, the brother of James Bond creator Ian Fleming.

It includes fascinating stories about Celia’s experiences of working with Noël Coward which led to her starring role in the film.  Peter Fleming was away for most of the war, and in his letters he writes about his adventures working on deception in India and the Far East.

“Celia Johnson described the hotel and recalls a fire being made up in her room and the provision of a late breakfast after filming throughout the night.  She was ferried each day to Carnforth station and also for a day’s filming up in the Langdale Valley for one of the most famous scenes in the movie at Middle Fell Bridge, Dungeon Ghyll.”

For further information about the play visit https://www.postingletterstothemoon.com/ and for the hotel group https://englishlakes.co.uk/

Succession in a Family Business 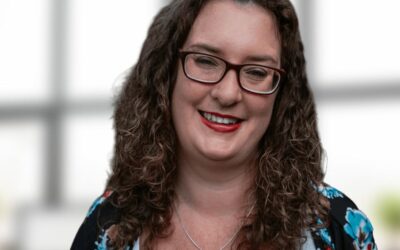 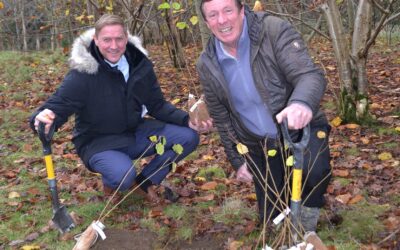 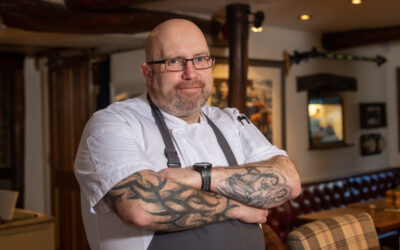