The following blog was posted on the Lancaster Univeristy website here on 5th May 2022 by Ben Harrison, Director of the Work Foundation. Sue Howorth, Co-Founder & Co-Director of the Family Business Community attended as a speaker.

Family businesses employ 14 million people in the UK, accounting for roughly half of all private sector employment. They range from micro-businesses to multi-national global corporations, and operate across all sectors, and all parts of the UK. Just by the scale of their activity, family businesses will be key to boosting pay, jobs and living standards across the country. But given how they are constituted and the longevity that many have enjoyed, they may also have lessons to teach us about how to be resilient to changes in the labour market and the economy more widely.

Last week I had the pleasure of co-chairing a two-day research event with colleagues from the Pentland Centre, the Centre for Family Business and the Academy for Gender, Work and Leadership at Lancaster University, exploring the notion of resilience in the context of family businesses. We welcomed participants from across the globe, spanning a range of academic and professional disciplines including management science, sustainability, ecology and gender. And from the various discussions and exercises we engaged in, two overarching themes became clear, each of which is directly relevant to the Work Foundation’s core purpose of supporting people into well paid, secure employment.

1. Resilient organisations innovate and transform when facing a crisis

There is a danger in imagining that resilience means being able to resist change, or to stay the same amidst external shocks or long-term trends. However, in the words of Duncan Pollard, an Honorary Professorial Fellow at the Pentland Centre and one of our keynote speakers, this ‘Absorptive Capacity’ is only part of the story.

The reality is the route to sustainability – to resilience in the truest sense – is to be able to recognise changes and create an environment that not only enables adaptation, but also the proactive pursuit of innovation. For organisations that means moving beyond focussing simply on cost control, margins and short-term risks to investments in value chains, the development of longer-term relationships and collaborations that can foster new approaches and ideas.

Drawing on his experience leading global sustainability for Nestle, Duncan highlighted the founding of the Alliance for Water Stewardship as an example of this ‘adaptive and transformative’ resilience. In a context where the sustainability of water sources relied on multiple actors across multiple jurisdictions, only by supporting the creation of a new and long-term partnership could Nestle secure the long-term health of this natural resource.

This conceptualisation of resilience is highly relevant for family businesses, many of whom have had to apply this approach to overcome crises and sustain themselves over many decades of external change. But these ideas also resonate clearly with those of us interested in developing local labour markets and supporting workers themselves.

Places that lack a diverse local economy and have an over-reliance on a single sector will always be more at risk of changes in the national and global economy, as our analysis with Cambridge Econometrics of places with higher take up of the furlough scheme during the height of the Covid19 pandemic demonstrated. And there is strong evidence that achieving sustained change within local economies requires the commitment of multiple actors and long-term resourcing. Family businesses, which often have deep and historic connections to the places where they are located, can have an important role to play here, as contributions from Sue Howorth of the Family Business Community and Prof. Miruna Radu-Lefebvre of Audencia Business School made clear.

When thinking about workers themselves, skills policy must focus on equipping individuals not just to access any employment opportunities today, but to ensure they have the qualifications and experience to navigate a changing labour market and aren’t so dependent on a particular job or a single sector.

However, we were also reminded that resilience can be a challenge to overcome. Henrik Osterblom, the Director of the Stockholm Centre for Resilience, presented his work on the biosphere to demonstrate the extent to which human activity is interwoven with our environment, and the scale of the climate emergency.

One of his central arguments was the extent to which sustained shocks to natural environments can not only erode their resilience, but eventually fundamentally alter their shape and characteristics – changes which themselves can prove hugely resilient to our attempts to reverse them. Think, for example, of the transformation of coral reefs and the impact of this on their wider eco-system.

This dynamic is very familiar to those of us who analyse the labour market and local economies. Over thirty years on from the height of deindustrialisation, many urban parts of the country continue to face huge challenges in reinventing their local economies and restoring local prosperity. And the data is clear that the longer you are out of work, the harder it becomes to secure employment. Between 2007 and 2020, only a quarter of people who had been out of a job for six to nine months returned to work in the following quarter, compared with 40% of those who had only been out of work for three months.

Likewise, Professors Ellie Hamilton, Sue Marlow and Maura Macadam – gender experts from Lancaster, Nottingham Business School and Dublin City University – made clear that in the context of family businesses, regressive gender norms have remained steadfastly resilient to change. Their analysis suggests the ownership of family firms remains something that is overwhelmingly passed from fathers to sons, with daughters often simply “to be looked after” as part of any succession.

We know that these kinds of gender norms remain a stubborn feature of workplaces across the UK. For example, women remain much more likely to take on a greater share of parental care, which is not conducive to long hours culture of many professional roles. This is not only due to persistent social expectations of women as care givers, but compounded by other career and financial factors, with men often in higher paid and higher status roles to begin with. As a result, a cycle of inequality is maintained.

These examples each point to the difficulty of overcoming deep and systemic challenges, and the longer-term costs of failing to tackle fundamental issues at their roots. At a time when workers and their families across the UK are facing an unprecedented squeeze on their living costs, the ideas discussed at this event provide a stark reminder of the importance of resilience, and the need for central and local government to support and protect individuals through this short-term crisis.

5 Reasons why your family business needs a good lawyer 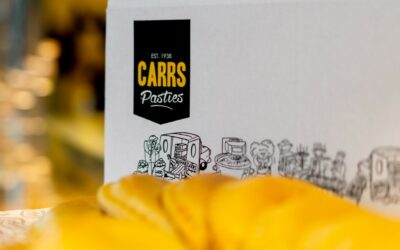 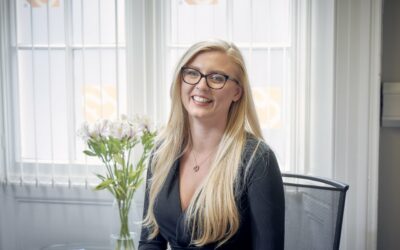 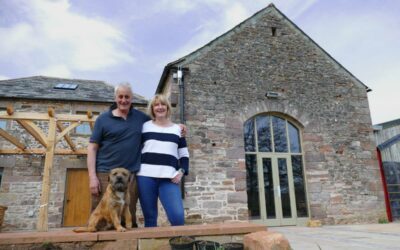