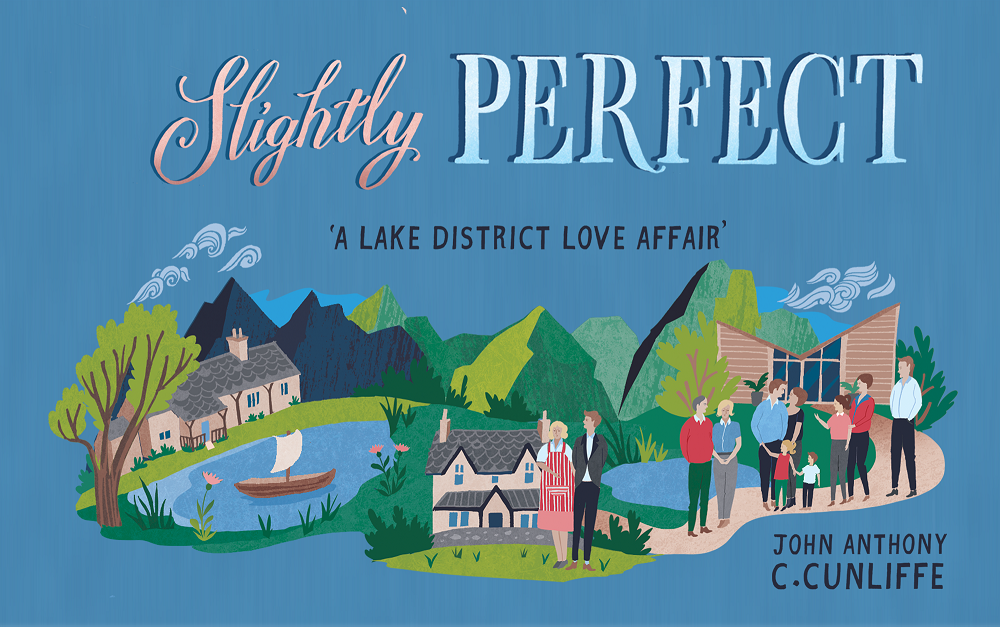 A book about the creation of an award-winning, family-owned Lake District hotel won its category and second overall in a highly regarded literary awards. Slightly Perfect by John Cunliffe was the winner of the People & Business category at the 2020 Lakeland Book of the Year awards held online in June, and went on to be one of two books in close contention for the overall Hunter Davies Lakeland Book of the Year prize.

Slightly Perfect tells the story of John and his wife, Chris, from meeting at hotel and catering management in London, learning the trade from the ‘Grande Dames’ hotels of the capital (a world of snobbery, celebrities, morning suits, J Lyons Corner Houses and afternoon tea at the Café Royal), and going on to work in New York, Cyprus, Jamaica, the City of London and Bath. In 1987, fed up of corporate hospitality, they struck out on their own with the then unknown Gilpin Lodge, to be joined by son Barney and his wife Zoë in 2000, and younger son Ben adding his architectural talents to the mix a few years later. Together the family built it up into the five star Relais & Châteaux hotel with a Michelin-starred restaurant that it is now.

Olivia Cole of British GQ reviewed the book, saying “Many visitors have been called back to this enchanting spot, but none so powerfully as that small boy, who, following a career in the hotel business … could eventually, with his wife Chris, buy back Gilpin and create something truly special. Honest, funny and always clear-eyed about the sheer hard work that goes into this kind of obsession, and full of insights into the unique challenges of sustaining that rarest of spots – a great family-run hotel – Slightly Perfect does justice to Gilpin and a life in hospitality.”

Sadly John passed away on 30 April after being suddenly diagnosed with cancer in March. It is one of life’s injustices that having spent the majority of his time in the last few years writing “Slightly Perfect”, he saw the finished product but wouldn’t see its launch or indeed how it is received. He was very much looking forward to the Lakeland Book of the Year Awards and would have been so proud that his book was received so well.

The awards founder and judge, Hunter Davies, described Slightly Perfect as “very funny, enjoyable, honest and revealing”, adding that he and his fellow judges had had a hard time choosing between the two frontrunners for the overall competition winner. The winner of the overall award for 2020 was The Lake District in 101 Maps and Infographics by David Felton, Evelyn Sinclair and Andrew Chapman, with Slightly Perfect coming a close second. There were 68 books entered for this year’s awards, which were whittled down to a shortlist of 18 finalists across six categories by judges Hunter Davies, Fiona Armstrong and Eric Robson. Because of Covid-19 restrictions and for the first time in its 36 years, the 2020 awards ceremony was held online on 30 June.

You can watch the online awards of the Lakeland Book of the Year at https://youtu.be/yDjYZVmPbS8 and if you’re interested in reading this fascinating account of a life spent creating and running a family-owned hospitality business, you can buy the book from www.slightlyperfect.co.uk