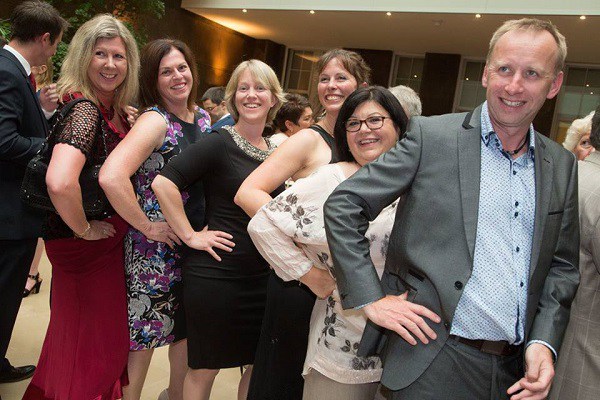 Three Cumbrian family businesses have received national recognition at the Family Business of the Year Awards (run by Family Business United) which were held at The Mayfair in London on Thursday.

Wm Armstrong were crowned the best family run Transport & Logistics business in the country and were also runners-up as overall winners which went to Manchester’s HMG Paints.  In a hotly contested category The Churchmouse at Barbon were recognised as the nations best Hotel & Leisure family business and Hawkshead Relish picked up the gong for the country’s best Small Family Business.

Jules Natlacen who runs The Churchmouse at Barbon with her husband said: “We are over the moon to be recognised in this way. The judges described us as ‘beacon of light’ which we’re still a little overwhelmed by, we’ve always put our community at the heart of what we do so for this to be acknowledged meant a great deal to us.” Jules went on to stress their gratitude “We’d like to thank our customers who all brighten our days, our wonderful staff and everyone who has supported us over the years.”

The winning three were joined in London by ten other of the regions family business owners as thirteen Cumbrian businesses made it to the national finals. Zeffirellis & Fellinis, Sally’s Cottages, PHX Training, Grasmere Gingerbread, Bells of Lazonby, GM & SM Marrs, Lakes Cottage Holidays, Reays Coaches, JMP Foodservices and JB Banks of Cockermouth were all acknowledged as finalists in the nationals in what was a bumper year for Cumbria.

This strong local representation was down to the Cumbria Family Business Awards as organisers Sophia Newton, Janett Walker and Sue Howorth had arranged that finalists could link into the national awards if they wanted to. The Cumbria Family Business Awards will be opening for applications this October following both local and now national success stories for entrants.

Sue Howorth who sponsored the North category of the national awards, is one of the Cumbria Family Business Awards organisers and founder of Cumbria and Lancashire Family Business Network said: “We were delighted to see thirteen of our finalists representing the county on a national stage. For three of them to pick up awards is fantastic news for them and the vitally important family business sector as a whole. It also showed that the Cumbria Family Business Awards have done their job of cementing our regions businesses on a national stage.”